Nameri National Park is a relatively unexplored wildlife sanctuary in the foothills of the eastern Himalayas in the Sonitpur District of Assam, India, about 35 km from Tezpur. The park is the second largest tiger reserve in Assam and important conservation point for elephants. The major tourist attractions are birds, mammals and reptiles which also consist of 370 species of birds. An ideal itinerary would be a two day stay to witness the natural flora and fauna of the mesmeric wildlife sanctuary.

Adventure lovers can indulge in river rafting and is a popular way to have a glimpse of the endangered species of birds found here. You can also experience elephant safari, boat safari and wildlife trekking. The best time of the year to visit the Nameri National Park is from November to March is the best time to visit the Park, with pleasant climatic conditions during the winters. 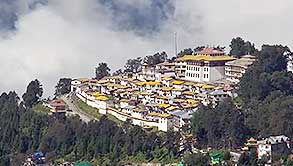 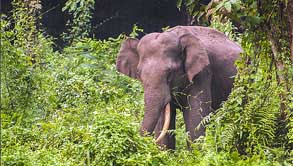