It is a town situated in the in the Paro Valley. Rinpung Dzong a fortress-monastery overlooking the valley has a long history. This imposing five storey building served as an effective defence against numerous invasion attempts by the Tibetans. On the hill above the Dzong stands an ancient watchtower called Ta Dzong which since 1967 has been the National Museum of Bhutan. Across a medieval bridge below the Dzong stands the Ugyenpelri Palace, a royal residence constructed by Penlop Tshering Penjor. The National Museum of Bhutan has over 3,000 works of Bhutanese art. Its rich holdings of traditions and disciplines represent a remarkable blend of the past with the present and are a major attraction for local and foreign visitors. Paro is bordered by Tibet, China to the north, Haa dzongkhag to the west, Thimpu to the east, and Chukha dzongkhag to the south. There is a wide range of old and expensive stamps are exhibited at the National Museum in Paro. Visit to the traditional farmhouse, offers good insight into lifestyle of local people. Taktsang Monastery nearly 900 meters above Paro Valley is a half day excursion.

By Air – Paro has its own airport and it is the only airport of Bhutan. Drukair is the national carrier, connecting Paro to Bangkok (Thailand), Dhaka (Bangladesh), Kolkatta, and Delhi (India), and Kathmandu (Nepal). During the monsoon season, flights are often delayed by cloud cover.. The other Airport is Bagdogra. Paro is 65 kilometers from Thimpu. Thimpu to Phuentsholing is 176 kilometers and 6 hours drive. Phuentsholing to Bagdogra Airport (IXB) is 180 kilometers / 4 hours. Paro to Bagdogra is 420 kilometers and it is again connected with other Indian cities, like Kolkata, Delhi, etc by flight.

By Road – Paro is 420 kilometers from Siliguri and nearly 415 kilometers from Kalimpong. Lateral Road, is the main road of Bhutan starts in Phuentsholing and terminates in Trashigang in the East, It had branches to other main centers such as Paro, Thimpu and Punakha. On the Indian side National Highway number 31 is 18 kilometers from Phuentsholing. All the buses plying through NH 31 either for Guwahati or North east India pass through this region. Buses for Bhutan either start or have a stoppage from Tenzing Norgay Bus Terminus in Siliguri. Bhutan Calcutta bus service is also quite popular. 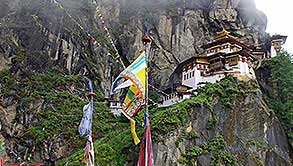 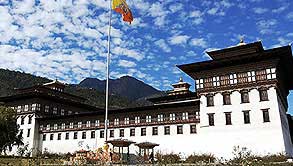 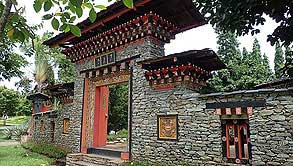 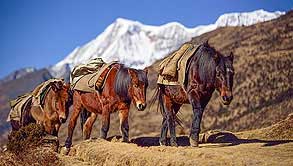 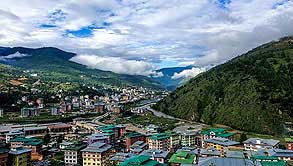 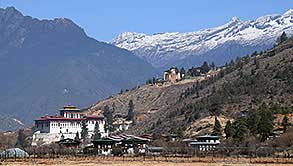 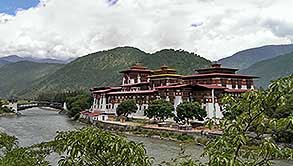 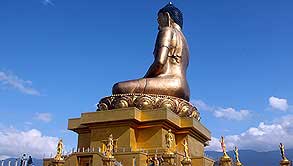 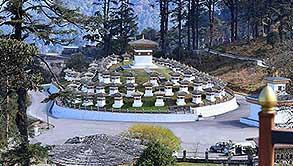 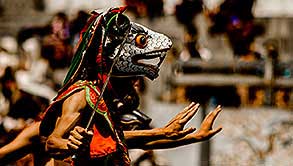