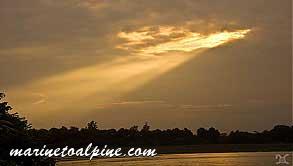 Day 1 Arrival at Bagdogra Airport (IXB) / New Jalpaiguri Railway Station (NJP) / Tenzing Norgay Bus Terminus (Junction) and Transferto Jaldapara (Madarihat) - You will be received by our official at Bagdogra Airport (IXB) / New Jalpaiguri Railway Station (NJP) – Drive to Jaldapara National Park – The drive is nearly 4 -4½ hours over a distance of approximately 145 kilometers Via Malbazaar, Chalsa, Binnaguri, Madarihat - Lunch on the way in Dhaba or on reaching Jaldapara - Jaldapara National Park - It ensures a pleasant climate round the year so it isn’t a problem even if you’ve set your visit any time of the year - Totopara, Khayerbari, Chilapata, Phuentsholling are some of the tourist spot nearby - Evening free - Night stay at Jaldapara

Day 3 Sightseeing to Chilapata & Phuentsholling - Early morning one can proceed to Chilapata - Nearly 26 kilometers from Jaldapara or Alipurduar - The forest is used by the Elephants as a corridor to migrate - Chilapata Forest Reserve, Nal Rajar Garh, Barodabari / Malangi and Kodal Bosti are the place of interest - Interesting is Ramgua Tree locally called is known as the tree that bleed - Back to Resort - Post Lunch one can visit Phuentsholling - The frontier town in southern Bhutan nearly - Phuntsholing or Phuentsholling is the administrative seat of the Chukha district - A thriving commercial centre, it is home to a potpourri of ethnic groups intermingling at the point where the countries Bhutan and India meet - Temple called Zangtho Pelri Lhakhang, Kharbandi Monastery (Gumba), Crocodile breeding center and the local market is the places of interest - Back to resort / hotel / Camp - Night stay at Jaldapara / Hollong

Day 4 Excursion to Cooch Behar - Cooch Behar was a Princely State ruled by the 'Koch' Kings of Cooch Behar - By an agreement dated 20th August, 1949 the king of Cooch Behar ceded full and extensive authority to the Dominion Government of India - Visit around Coochbehar town which is also a land of temples - Visit famous Baneswar (Siva) Temple, Madan Mohan Temple in the heart of the town was built by Maharaja Nripendra Narayan - Deities include the Lord Madan Mohan, Ma Tara, Ma Bhavani and Katyayani - Visit the famous Coochbehar Royal Palace which was built in 1887 that has marked influence of classical European Renaissance architecture, Sagardighi etc - Back to resort / hotel / Camp - Night stay at Jaldapara / Hollong