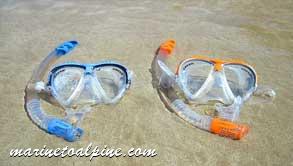 Day 2 Ross Island and North Bay Visit - Early morning breakfast - Next visit the Administrative Capital Prior to Independence from where the Britishers governed the entire Andaman & Nicobar Islands - Ross Island is closed on Wednesday - Its a destination for Nature Walk amidst friendly Deers & Peacocks - Smritika Museum, records the life of its political prisoners - Excursion to North Bay (Coral Island) with Glass Bottom Ride & Snorkeling (Optional i.e. At Own cost) - one can explore the Coral reefs underneath - Back to hotel - Evening free to stroll around the area or go shopping at local Market - Night stay at hotel at Port Blair

Day 3 Transfer to Havelock and Visit Radhanagar - Early morning breakfast - From Port Blair guests have to avail Jetty (Private Ferry) to Havelock Island - Havelock Island is named after a British general, Sir Henry Havelock, who served in India - It is approximately 57 kilometers by sea from Port Blair - By Private Ferry - Check into Hotel - Next visit to Radhanagar Beach or Beach Number 07 - It is Voted as the Best Beach in Asia by the ‘Time Magazine’ & also by Lonely Planet - One can go for swimming - Other notable beaches include Elephant Beach on the northwest coast and Vijay Nagar Beach No - 5, Beach No - 3 and Beach No - 1 on the east coast - Kalapathar is another famous beach - Evening free to explore the area by walk - Overnight stay at Havelock

Day 4 Havelock Island Activities - Early morning breakfast - The Havelock Island is sparsely populated and is an island paradise - It’s beautiful beach shores lined with slivery and white sands with crystal clear waters and plenty of coral to watch, makes it a must visit beach destination for every traveler - After reaching the Island one can visit the clear waters for its amazing views of the coral reefs and snorkeling is a must do activity (Optional) - Elephant beach is nevertheless an amazing place to visit and is famous for its coral views - The place has a number of diving and snorkeling centers - Or explore the Island by renting a Scooty - Rest of the day for leisure - Overnight stay at Havelock Island

Day 5 Transfer to Neil Island and sight seeing - After breakfast transfer to Havelock Jetty for transfer to Neil Island (01 Hour) - Neil sightseeing – It is a very relaxed vibe and long, deserted beaches is a place to chill out after the "bustle" of Havelock Island - Neil is quite small compared to Havelock - Its widest part is about 5 kilometers in length - Guests can walk the whole island in about an hour or two - With plenty of marine life - Neil Island dwells with lush green surroundings of paddy fields, banana plantations and tropical trees - It occupies an area of 18.9 square kilometres - Pristine sandy beaches at Sitapur, Bharatpur and Lakshmanpur are some of the best beaches to explore Later transfer - Evening free to explore the area by walk - Overnight stay at Neil Island

Day 7 Excursion to Bartang - Depart from hotel by early morning (0400 Hours) for Bara tang Island through the dense rain forest - Tribal Reserve Area / mainly for Tribe - It is nearly 100 kilometers by road from Port Blair - This island between South and Middle Andaman is known for its beautiful beaches, mangrove creeks, mud-volcanoes and limestone caves - Andaman Trunk Road to Rangat and Mayabunder goes through this island - Limestone cave can be explored with the permission of Forest Department at Baratang and proper local guidance - These mud volcanoes have erupted sporadically, with recent eruptions in 2005 and the previous eruption recorded was on 18 February 2003 - Night stay at hotel at Port Blair

Day 8 Departure Transfer to Veer Savarkar International Airport or Port Blair Airport (IXZ) / Port Blair - Early morning breakfast - Next transfer to Veer Savarkar International Airport also known as Port Blair Airport (IXZ) - This is a customs International airport located just 02 kilometers south of Port Blair - It is the main airport of the Andaman and Nicobar Islands of India - It is named after Vinayak Damodar Savarkar - The airport has a single runway of 3290 meters / 10,794 feet in length - Accommodating most narrow-body aircraft, that includes Airbus A320, Airbus A321, Boeing 737 - There is only one terminal with 02 gates and no aerobridges - After breakfast Transfer to Airport or Port - Forwarding Journey