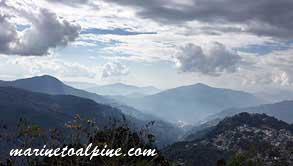 Day 1 Arrival and Transfer to Gangtok - Our representative will be there to receive the Guest at New Jalpaiguri Railway Station (NJP) / Bagdogra Airport (IXB) / Tenzing Norgay Bus Stand (Junction) – He will be assisting for the transfer to Gangtok – Gangtok the capital of Sikkim Suits all from tranquility to adventure, land of monastery, mystic rituals & festivals at an height of 1670 meters / 5480 feet and is the most visited spot of India - It is one of the most beautiful town with varieties of Rhododendron, Orchids and butterflies - Nearly 130 kilometers 04 ½ - 05 hours drive – Check into hotel – Evening free to roam around M G Road (Mall) or local Shopping center - Over Night stay at Gangtok

Day 3 Gangtok Local Sight Seeing – Morning breakfast - After breakfast drive for the city tour of Gangtok – Sightseeing will be for the day hence the drive will be easy and comfortable – It is not possible to cover all the spot in single day hence we make the program with points covering minimum distance traveled - Visit to Directorate of Handicrafts & Handloom, Research Institute of Tibetology, Do Drul Chorten (Stupa), Enchey Monastery, White Hall, Flower Show, Ganesh Tok, Hanuman Tok, Tashi View Point, Banjhakri Falls - one of the finest falls close to Gangtok, Ranka Monastery etc – Back to hotel – Evening free to roam around M G Road (Mall) or local Shopping center – There are few discotheques in Gangtok to spend time - Over Night stay at Gangtok

Day 4 Excursion to Namchi (Chaar Dhaam) – Early morning breakfast - Namchi or Namtse is the district headquarters of the South Sikkim district in Sikkim and the name literally means Sky (Nam) High (Chi) in Sikkimese - Namchi is situated at an altitude of 1675 meters / 5500 feet - It is situated at a distance of 85 kilometres / 52 miles from the state capital Gangtok - Char Dham, the four most revered Dhams of the Hindus have been replicated - There are replicas of the “Dwadash Jyotirlingas” (the twelve Jyothirlingas) of Somnath, Mallikarjuna, Mahakaleswar, Omkareshwar, Kedarnath, Bhimashankar, Viswanath, Triambakeshwar, Vaidyanath, Nageswar, Rameshwar at Rameswaram and Grishneshwar surrounding the statue of Lord Shiva - One of the largest statue of 118 feet of Buddhist Padmasambhava, also known as Guru Rinpoche, the patron saint of Sikkim, is on the Samdruptse hill (The Wish Fulfilling hill) opposite Namchi – On the way watch Temi Tea Estate and if interested can buy Tea on the wayside stall adjacent to the garden - Over Night stay at Gangtok